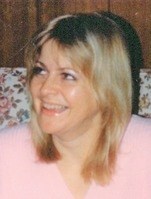 Gail Creech Robbins
30 September 1953 - 9 April 2021
Regina Gail Creech Robbins was born to J.W. Creech and Ollie Young Creech in Lakeview Hospital in Florala, AL on Wednesday, September 30, 1953. Gail was a pretty young girl, winning the first ever Little Miss Florala Beauty Pagent. As a younger woman, Gail was beautiful, smart, talented, adventurous and full of mischief and fun. Her laughter and smile could fill a room. Music and dancing were always very special to her. She loved to travel and lived in several states during her life. And she loved Oliver, her Corgi.
Sadly, in her late twenties, Gail began struggling with issues of depression, anger, delusion and intense mood swings. Over the rest of her life these issues, organic in origin, only worsened and eventually Gail became estranged from her many of her relatives and friends; her mother and father never giving up on her recovery till they passed years before her.
Gail lost her battle with cancer, passed from this earth and left behind all her trials, tribulations and struggles on April 9, 2021 in the the North Okaloosa Medical Center. She was 67 years old and had been a resident of Crestview, FL for many of her latter years.
Gail was preceded in death by her father, her mother, her grandparents (Fred and Viney Wise Creech, Charley and Ida Bryant Young) and her step grandmother, Gladys Miller Creech. She is survived by two daughters, Catherine Nichole Swinford (David) and Andrea Jai-Leia Day, one granddaughter, Emily Jane Sitten, two brothers, Royce (Judy) and Greg Creech, a niece (Maggie Creech), three nephews (Brian Creech, Andy Creech and Jesse Creech) and numerous cousins.
May it be that all of us who knew Gail when she was a vibrant, beautiful young woman will remember her as she was then. May her soul finally find the peace she had not known for so long on earth.
Published by The Crestview News Bulletin from May 26 to May 29, 2021.
To plant trees in memory, please visit the Sympathy Store.
MEMORIAL EVENTS
To offer your sympathy during this difficult time, you can now have memorial trees planted in a National Forest in memory of your loved one.
MAKE A DONATION
MEMORIES & CONDOLENCES
0 Entries
Be the first to post a memory or condolences.